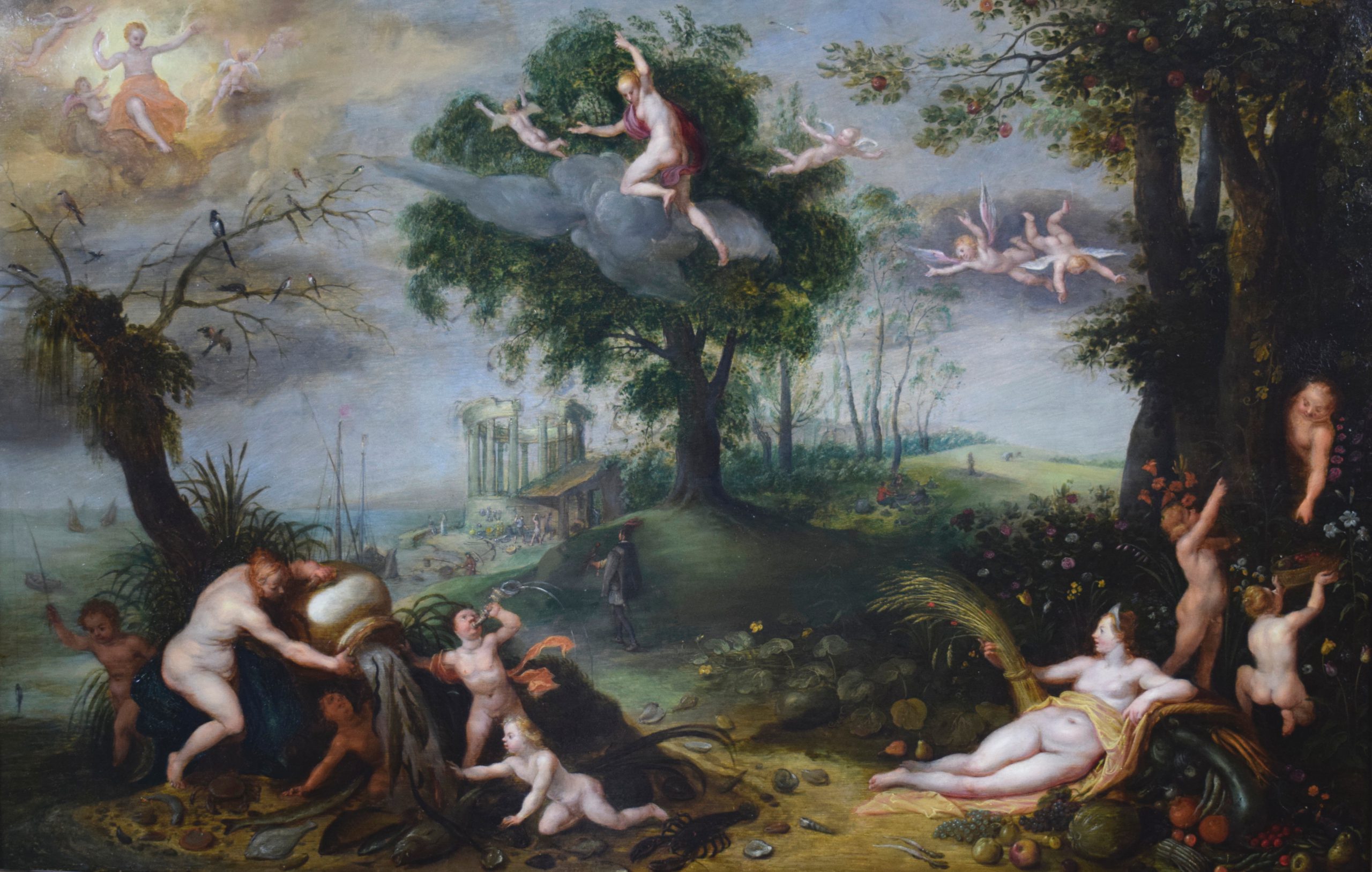 Allegory of the four elements

Stalbemt's family had to emigrate from Antwerp to Holland for religious reasons, but returned around 1609. In 1610 he became a master in Antwerp - his earliest training was under the mannerist influence of the north of the Netherlands. In Antwerp, however, he was guided by his great role model, Jan Breughel d. Elder who worked a lot with the young Rubens and Hendrik van Balen. Allegories of the four elements were very popular at the time, whether as individual picture themes for the respective elements or in the description of all four elements in one painting. In contrast to his artistic role models and colleagues, who divided the different image themes such as figures, landscape or architecture separately, Stalbemt created his paintings completely autonomously. Of course, he used his artistic repertoire from his colleagues' artistic stock. The print graphics in particular always offered the opportunity to adapt certain types of shapes. The female figure, which symbolizes the water, certainly comes from the discussion with Rubens, while the allegory of the earth (Ceres) is more from an Italian graphic. But in this interplay of adaptation and inventiveness lies the genius of mannerist painting in the southern Netherlands, which has both intellectual, emotional and erotic elements.

The expert and author of the monograph, Klaus Ertz, saw the painting in its original and confirmed it as an autographed work by Adriaen van Stalbemt (13.9.2017).

Mail
< Back to the Overview
Next >