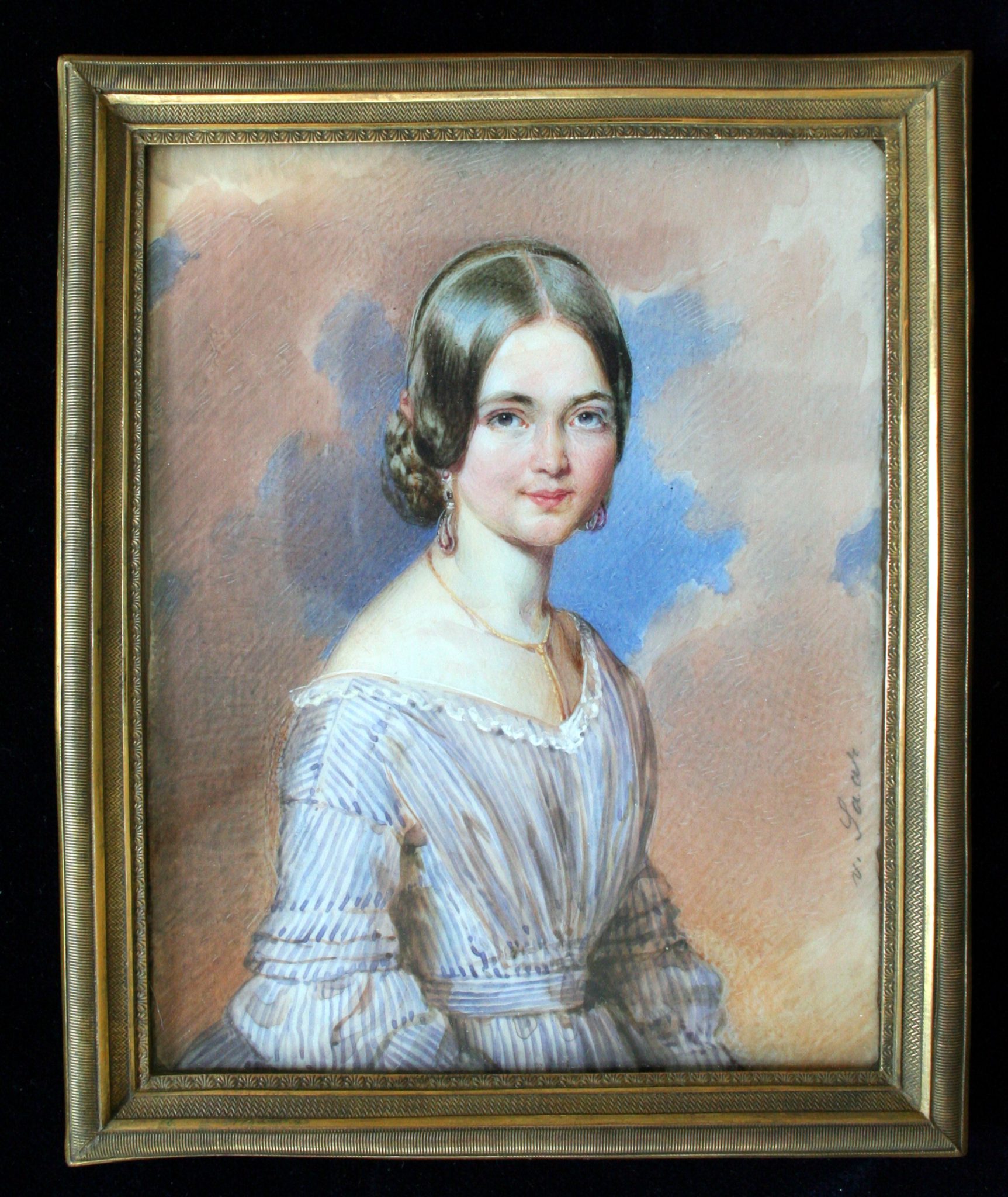 refering to sticker on the backside: Princess Soutzo (nee Mihalescu)

Carl von Saar studied at the Vienna Academy from 1811 to 1817, but concentrated very early on in the field of portrait miniature. Here he developed, initially still under the influence of Daffinger, a very individual style that differentiated him from all other contemporary painters. He adopts the well-known motifs such as the cloud background, the central composition of the figure with the slightly twisted upper body and the head oriented almost frontally to the viewer. But in the painterly execution he - more than Füger than his contemporaries - defies all rules. The result is an almost gestural painting achieved through generous brush strokes. The brushstrokes are visible - see the clothes and the cloud background: in a sense, an anticipation of impressionist painting, while the intense colors have an almost expressionistic effect. Saar's miniatures are a perfection of miniature painting at the highest level, from which there could be no further development. Schidlof describes Saar as "one of the best and perhaps the most pleasing artist of the 19th century" (The Miniature in Europe, Volume II, p. 708). Apart from its high artistic value, its miniatures are also very rare to find.
According to the old label on the back, the personage shown is Princess Katharina Soutzo (1828-1870), born Mihalesc