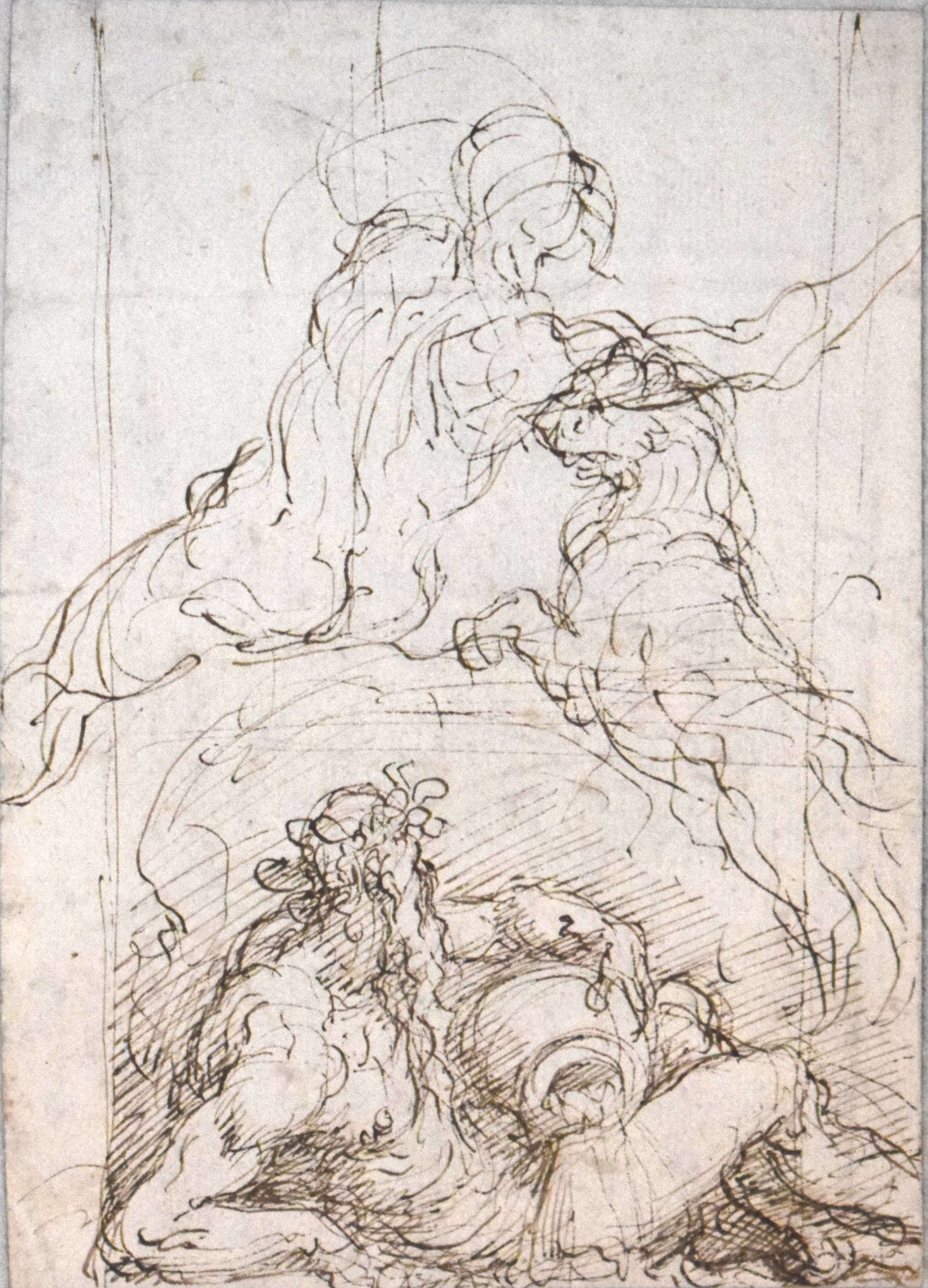 Neptune and Hercules with the lion (recto)

The drawing, which has hitherto been considered to be Venetian in the 18th century, has very specific characteristics that speak for a temporal and regional classification to Florence in the late sixteenth century. The virtuosity of the free and spontaneously executed lines and hatching points to an artistic direction that sees the drawing - the DISENGO - as an essential feature of art. The first idea here is not the reproduction of the closed body shape, but the dynamics and mutual interplay of abstract lines that the IDEA transmits into the drawing. In the figurative sense, one can observe here the realization of the art-theoretical term DISEGNO.

The coat of arms on the reverse side shows the connection of the house Medici with another noble family. It probably shows the alliance sealed by the marriage of Duke Ferdinando Medici to Christine of Lorraine in 1589.

For the artists working in Florence, Battista Naldini picked up the language of forms from the circle of Vasari and Pontormo as well as through his stay in Rome. He used the graphic formulations of the artists around Perino del Vaga, an early representative of the virtuoso graphic art style. Sketches by Naldini (Munich, see illustration, Dublin, Paris) for the fresco "The Descent from the Cross" in the church of San Simone, Florence can be used as a comparison. (Francoise Viatte: Master Drawing, vol.5, No.4, Winter 1967, pp. 384-386, illustrations p.437-440). They show both the outlines of the bodies executed with many strokes and the hatchings for the parts in the shade. 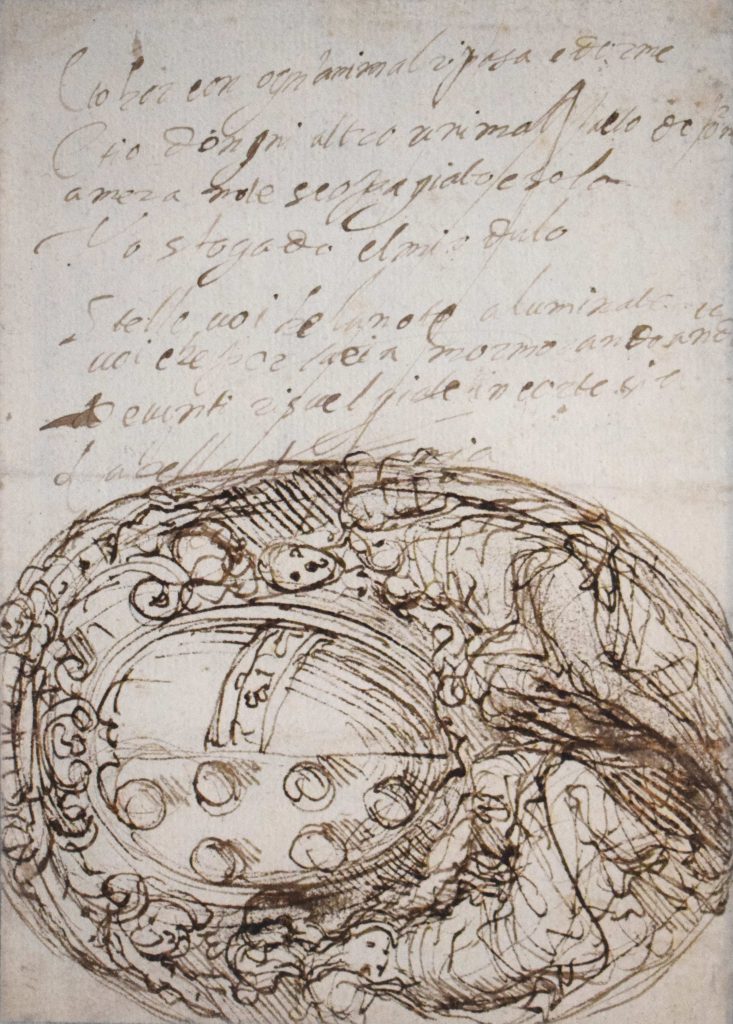