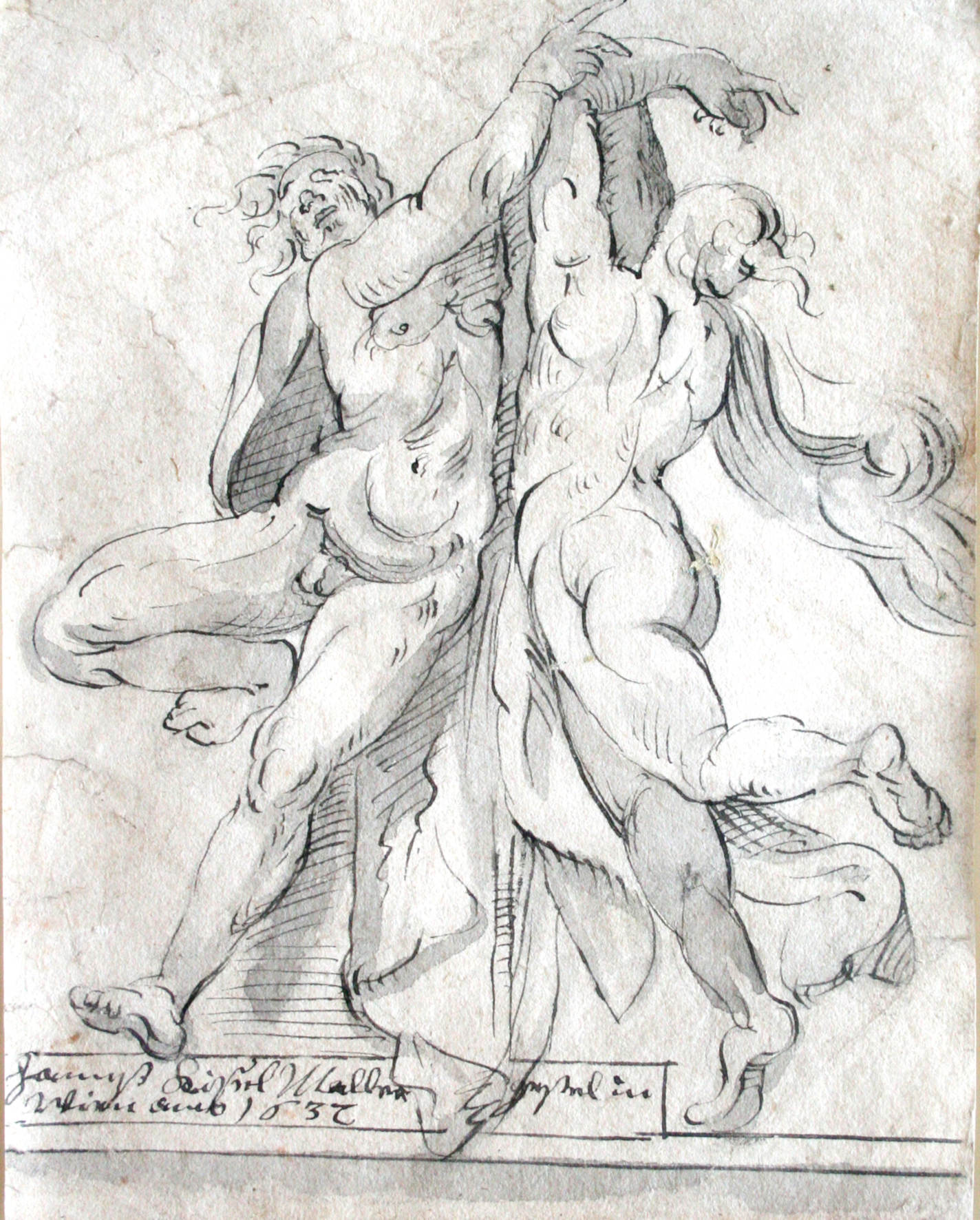 Vienna, first half of the 17th century

Young men in the fiery furnace

The composition is based on the drawing “The young men in the fiery furnace” by Hans Speckaerts (died Rome 1577), of which there is, however, no copperplate engraving that could have been used for dissemination. Therefore, the question must remain open where the young artist could have seen this template. During the Thirty Years' War (1618-1648) Vienna was not necessarily an artistic center, but a pool of second-rate Dutch or Italian artists who stylistically represented the late Mannerist period. So this drawing also seems to follow the ideals of mannerism, which is revealed in the twisted and muscular bodies. The young artist tried to demonstrate his skill with this drawing. It is possible that the author of this drawing is identical to the artist who received payments for the decoration of the armory in Vienna after 1640 (as Hans Küssler)