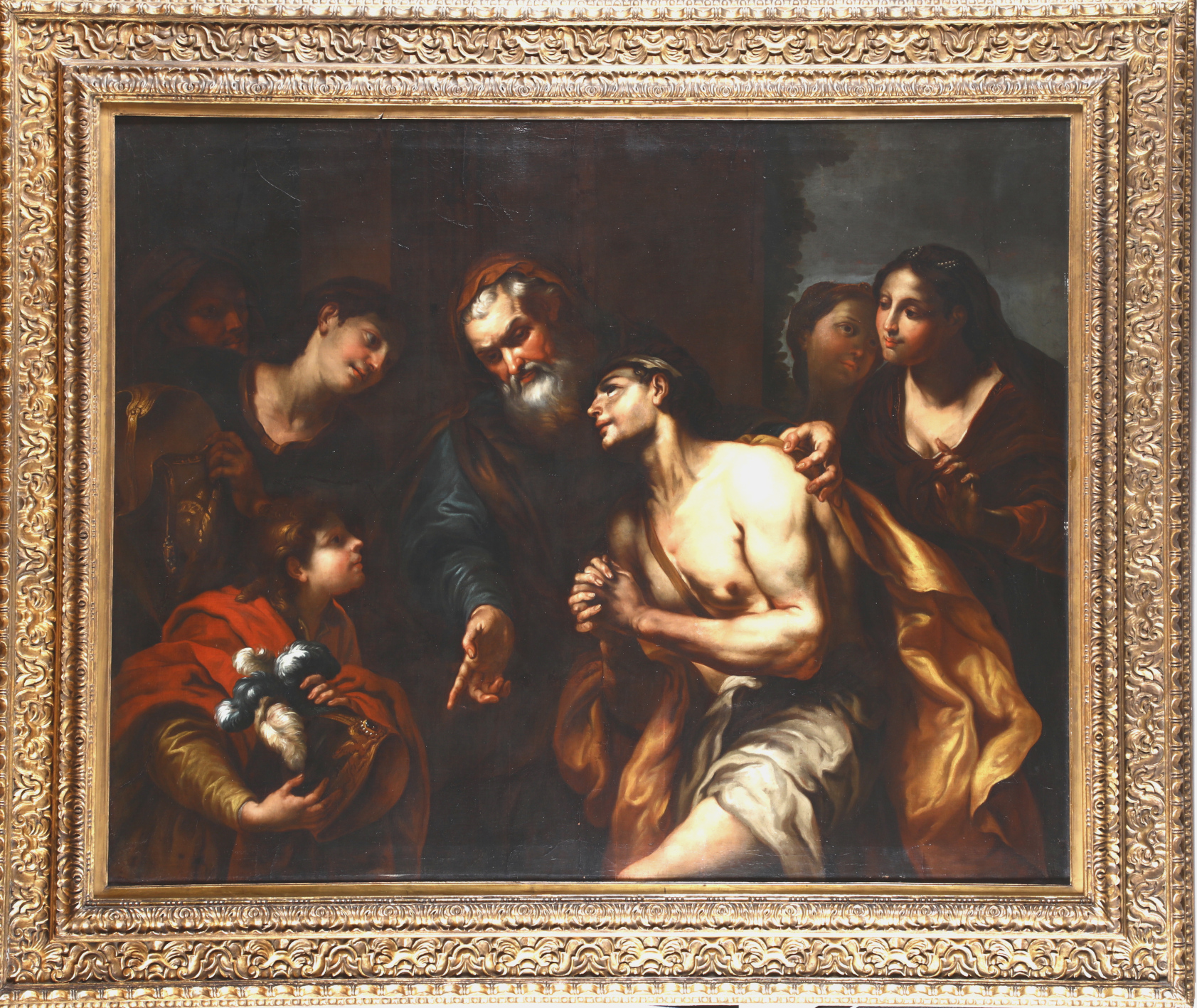 The Return of the Prodigal Son

The baroque painter Johann Karl Loth is one of the most important artists of Venetian painting in the second half of the 17th century. Born in Munich in 1632, Loth received his education from his father, the Bavarian court painter Ulrich Loth, to continue his studies soon afterwards in Rome and finally settled in Venice around 1650. Loth's style, which combines Venetian traditions, a naturalistic style of presentation and the innovations of Baroque painting, not only influenced his students, but was also important for the further development of Venetian painting. The painting is a previously unpublished version of a work from the former collection of Count Ivan Ivanovič Shuvalov, today in the Hermitage in Saint Petersburg (see also: Giuseppe Fusari, Johann Carl Loth (1632-1698), Soncino 2017, p. 130 , Plate LXVI or p. 217, cat. No. 224) and shows - with some modifications to the earlier composition - the "Return of the Prodigal Son" which Loth has taken up several times. The respective versions differ only in small changes in posture. The present version shows the son returning home with his hands clasped in front of his chest. The present painting was created towards the end of the 1680s because, in comparison to the composition in St. Petersburg, which was dated around 1675, it is stylistically closer to the murals in the cross chapel in the Cathedral of Trento (1687). As is common for a workshop and at times of high commission, Loth also used his staff to carry out paintings. The present work shows in part the participation of Johann Michael Rottmayr and possibly another painter. In particular the figure of the father and the two figures on the left show Johann Karl Loth's entire painterly skill.