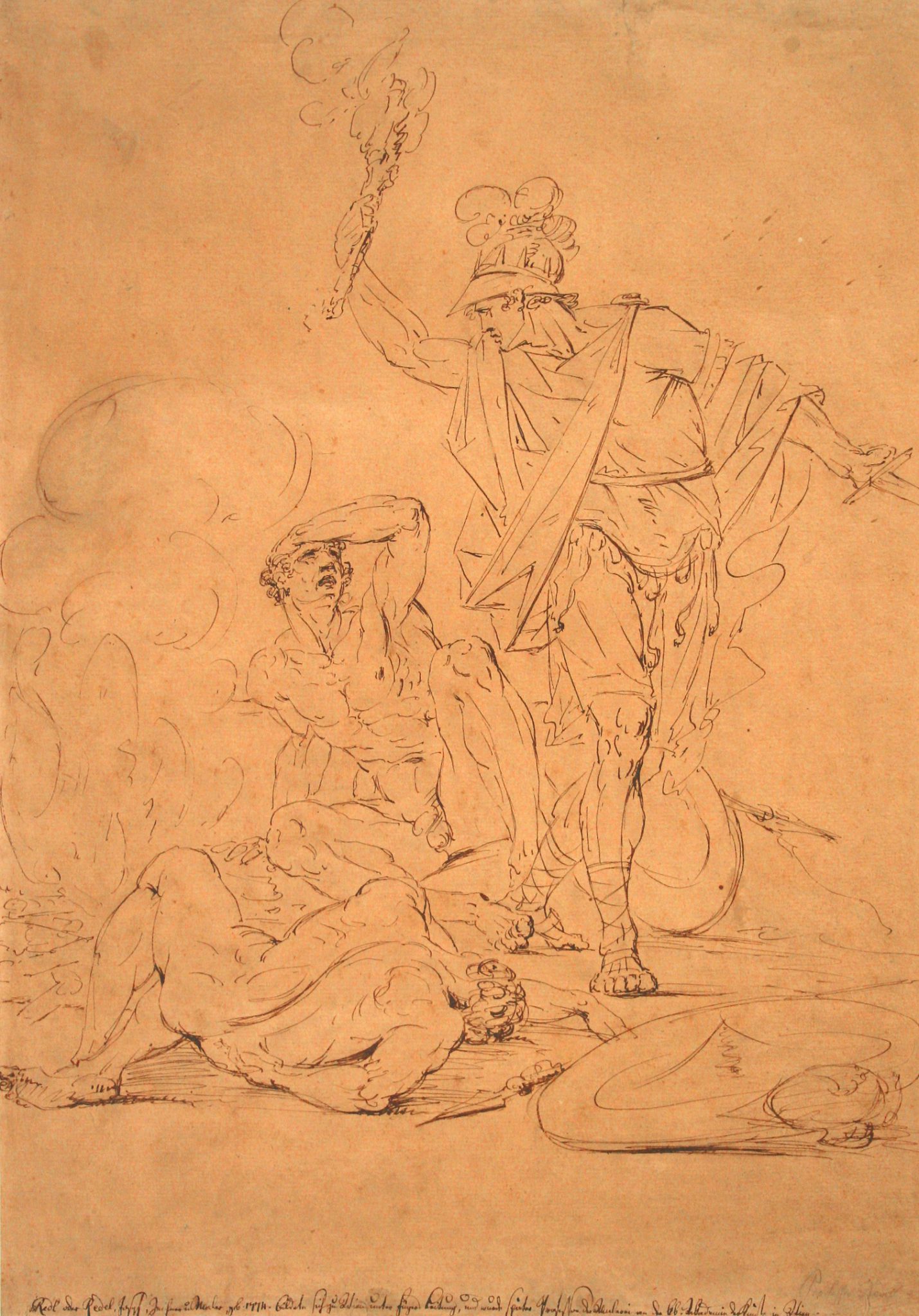 Signature below on the right with pencil: Professor Redel

Josef Redl, named after his father who was a Viennese landscape-painter (1732-1807), studied at the Viennese academy under Heinrich Friedrich Füger, who was a great artistic idol to him. He pursued Fügers artistic tradition, which should never receive the same acceptance as in France or England, far into the 30ies of the 19th century.

His slim, extended proportions, the certain graphic conducting and the antique topics are directly taken from Füger. The piece he handed in in 1820 applying for the job as professor at the academy (Adam and Eve in front of Abels corpse, picture gallery of the Academy of fine arts, Inv. 126) shows him still attached to neo-classical tradition.