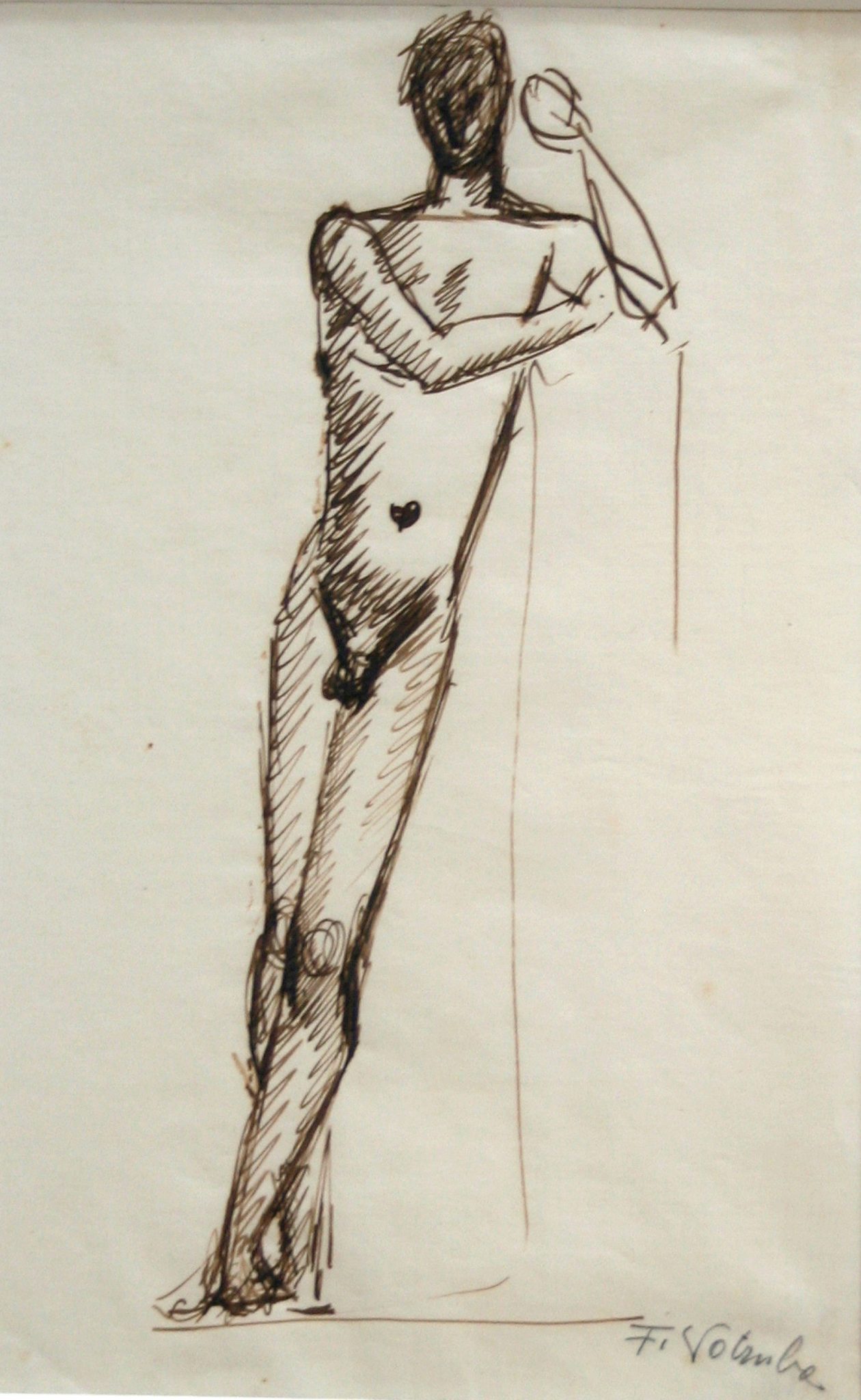 Fritz Wotruba was Austria's most important sculptor of the 20th century, both for the period of the 1930s and especially after the war. He was not only a central figure in Austrian cultural life after 1945, but also achieved international renown as a representative of classical modernism. From 1945 to 1975, he instructed numerous students at the Academy of Fine Arts. As an artist and teacher, Wotruba had a significant influence on Austrian sculpture after 1945 and on the related focus of the image of man in Austrian sculpture.

This drawing, made after 1945, shows Wotruba's early attempts to formulate the body in a pure line language and to abstract it strongly.

Mail
< Back to the Overview
< Previous