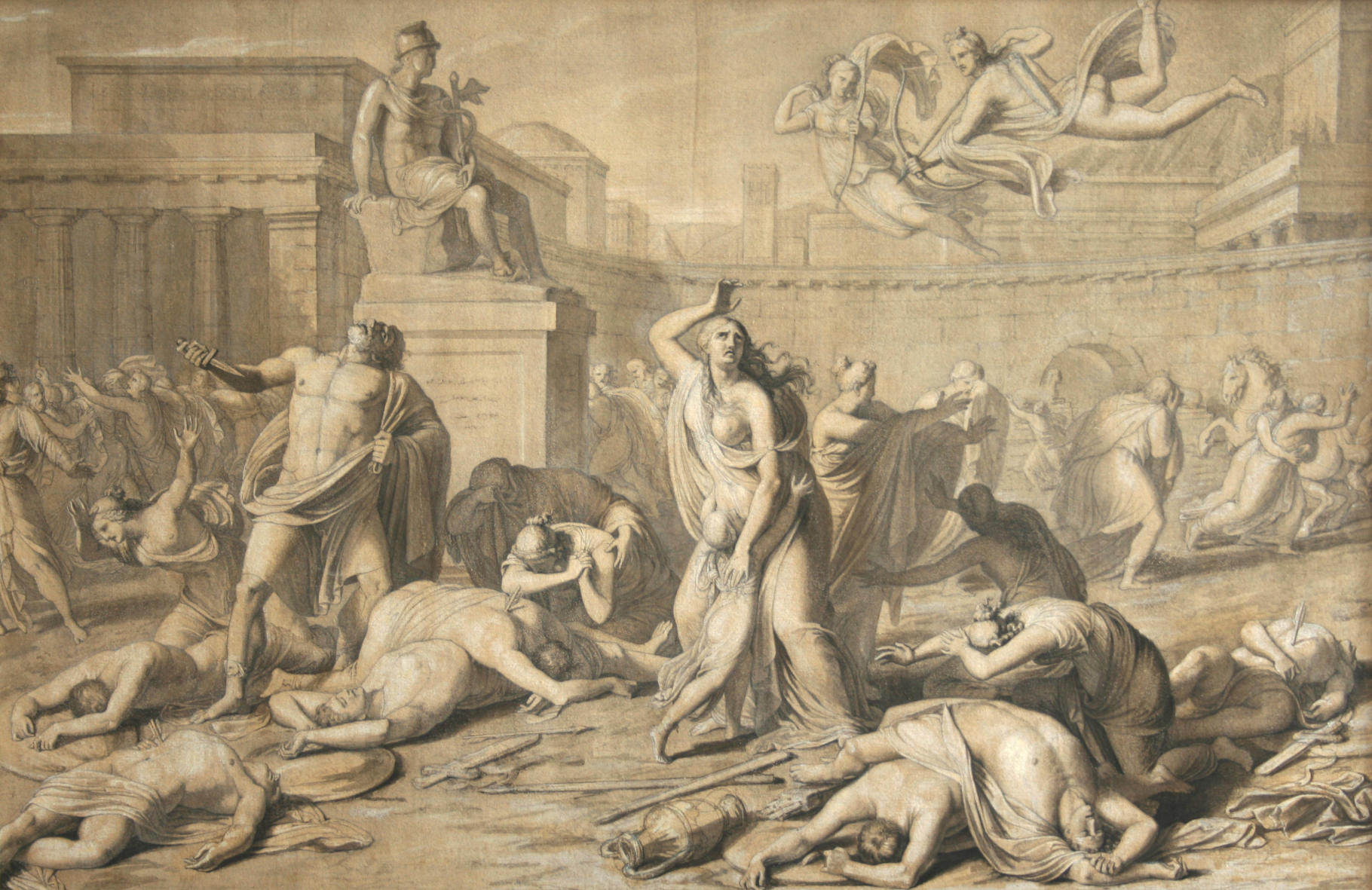 Niobe mourns for the death of her children

Niobe, the wife of the Theban King Amphion, gave birth to seven children. She was so proud of that and wanted the people to worship her, not Tito Leto, who had only two children, Apollo and Artemis. Leto then ordered her children Apollo and Artemis, first to kill all sons and then the daughters with bow and arrow. Niobe finally asked to spare at least her youngest daughter. But also this child was killed. Amphion finally killed himself out of pain with the sword.

This story was more or less processed into one scene by Petter - the killing of the children by Apollo and Artemis, the attempt of the mother to save the youngest child and the father's suicide. The altar with the statue of Hermes, built by Amphion, can also be found in the composition. The dramatic description of the various actions shows a strong affect. They should first touch the viewer emotionally before rationally grasping the plot. These style elements are based on Füger's artistic conception, which he taught to the students at the Vienna Academy until 1806: to concentrate different moments of a story in one scene full with emotion elements.