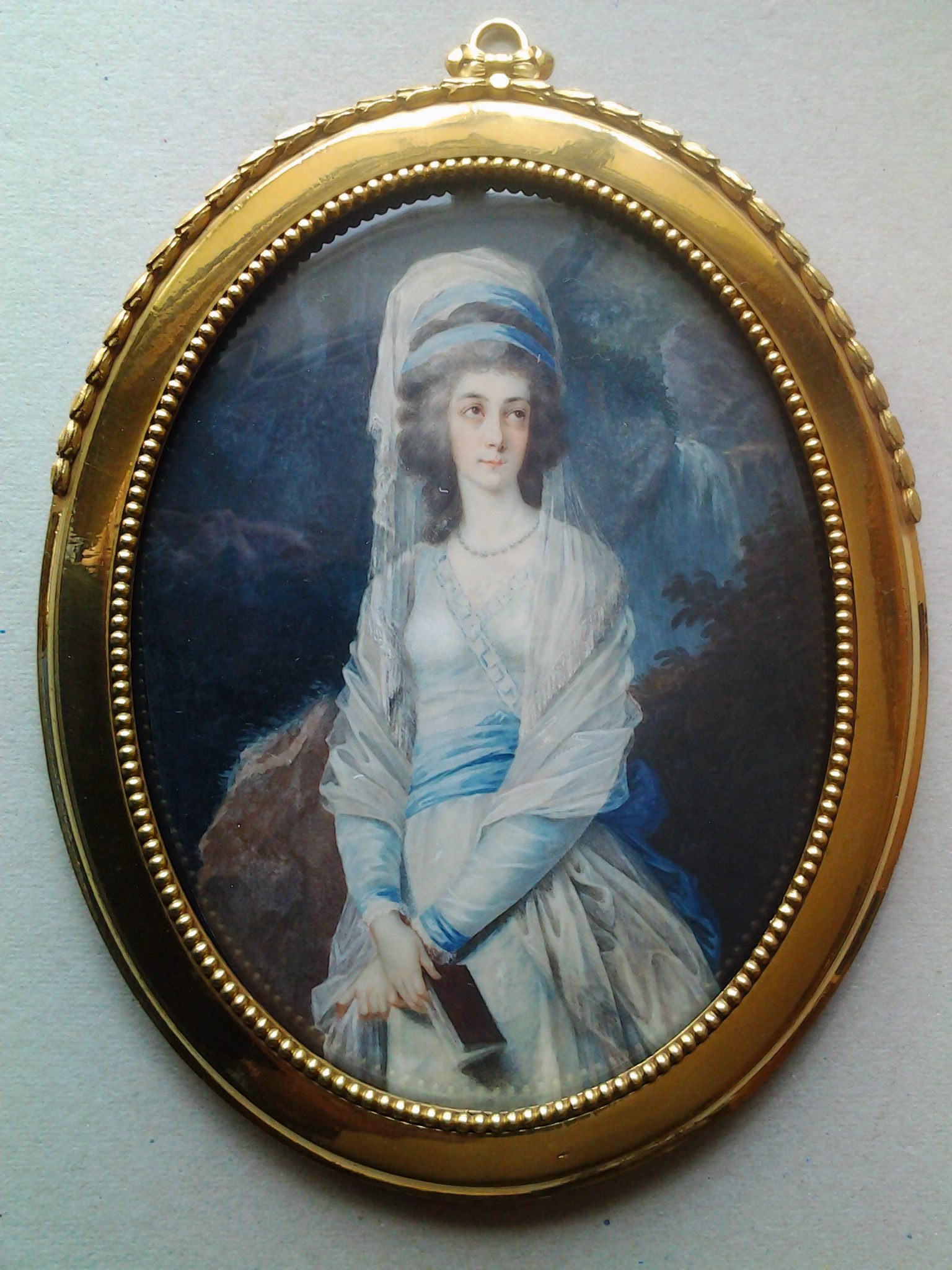 wide gilded brass frame, on the back engraving with inscription of the name of the depicted princess

The author Eduard Leisching mentioned the portrait of Princess Pauline Salm in the magnificently equipped and excellently researched book on the Austrian portrait miniature. During his research, he found that Füger carried out several versions, which the author could study in the original.

The present miniature differs only minimally from the miniature depicted in the book Leischings. In the painting of clothing alone, the brushstrokes differ only in clothing and here in the description of the folds.

Princess Pauline Auersperg (December 11, 1752 - October 1, 1791) married Karl Josef Prinz von Salm (1750 - 1838) in 1775. The miniature was created in the late 80s and belongs to the group of female aristocratic portraits that were painted on the ivory plates, which are unusually large for miniatures (approx. 18 cm).

In their compositions they show the people in a dramatic landscape with forest and waterfall or in interiors with antique set pieces. Füger had to make several versions of some personalities, which were then passed on in the client's family.

In this portrait, Füger shows his almost typical view - to translate virtuoso painting into the small, intimate format of a miniature - and no other artist could achieve this quality. 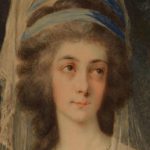