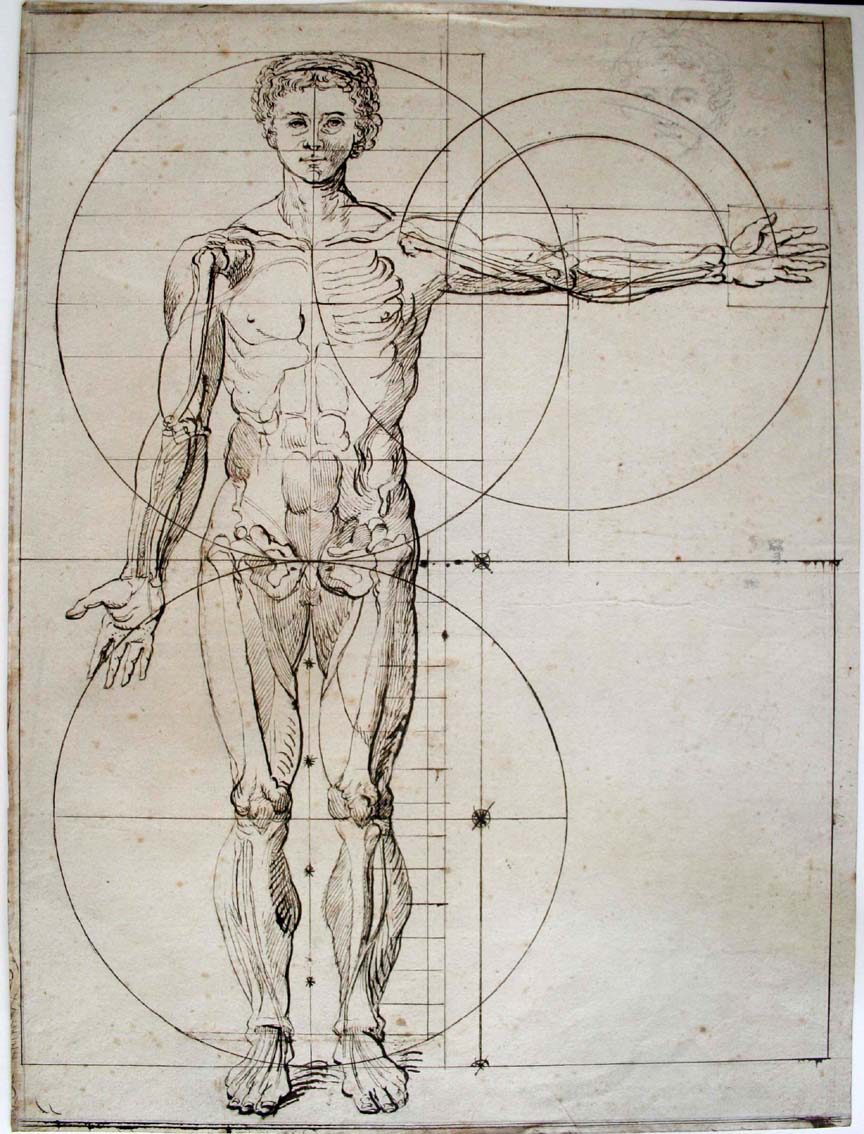 Proportion study of a male figure

This proportion study is in the tradition of theoretical work on the study of the human body and its regularity, which spread throughout Europe in the early 16th century. Dürer's "Four Books on Human Proportion", published in 1525, formed the basis for further study of this subject. Giovanni Paolo Lomazzo (Milan 1538 - 1600) in particular further developed Dürer's works, which he published in Trattato dell’arte della Pittura (treatise on the art of painting, 7 volumes), which appeared in Milan in 1584. This treatise was published shortly afterwards in English and French translations.
In the 17th century, other artists dealt with this subject, including: a. also the French artist and art theorist Hilaire Pader, who combined the figures of Dürer and Lomazzos in a new treatise (Traicté de la proportion naturelle et artificielle des choses de Jan Pol Lomazzo Peintre Milanois, 1649).
The author of this drawing certainly used this source for his presentation.