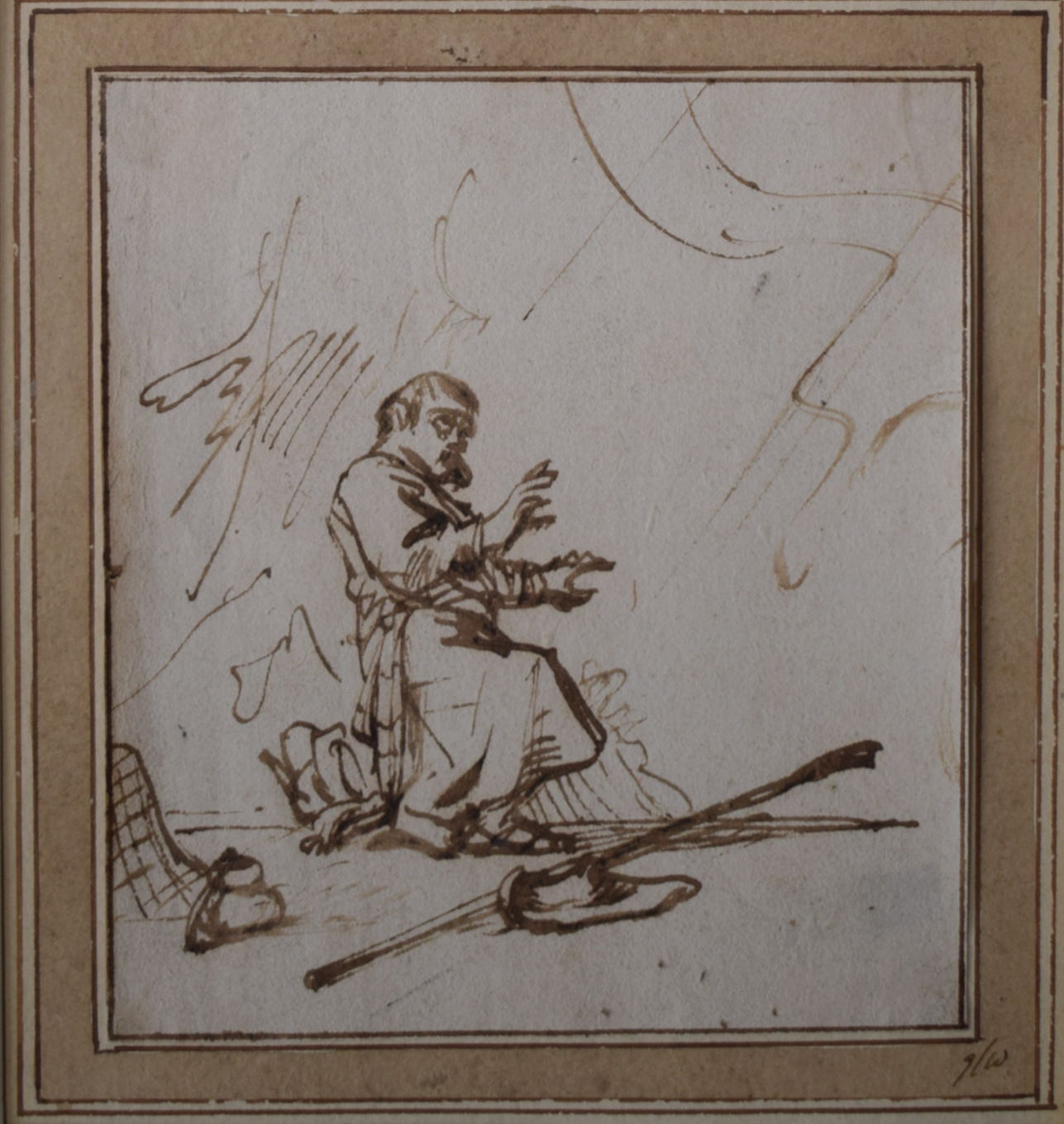 In addition to the present one, there are two other versions of this composition: one is in the Louvre, Paris (Frits Lugt, Inventaire general des Dessins des Ecoles du Nord, Ecole hollandaise, Vol III, Paris 1933, No. 1215), another drawing preserves the museum in Groningen (Jacob Bolten, Dutch Drawings from the Collection of Dr. C. Hofstede de Groot, Utrecht 1967, p. 102, No. 73 with ill. p. 197). According to both Werner Sumowski and Pieter Schatborn, the present drawing is the best representation of the three compositions. However, it is still unclear which hand the drawing comes from. Werner Sumowski considers the drawing to be the original after which the other two studies were carried out in Paris and Groningen and assigns it to a hand from the student circle of Rembrandt around 1635/40. Pieter Schatborn also mentioned the name of Govaert Flinck in this context, although his research on the relationship between the two artists had not yet been completed at the time, so that he could not clearly assign the sheet to a specific artist (letters from Werner Sumowski dated 12 February 1989 and by Pieter Schatborn of March 16, 1989). 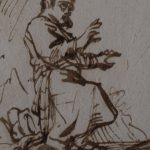 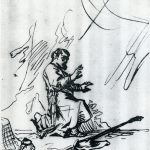 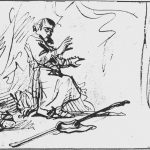