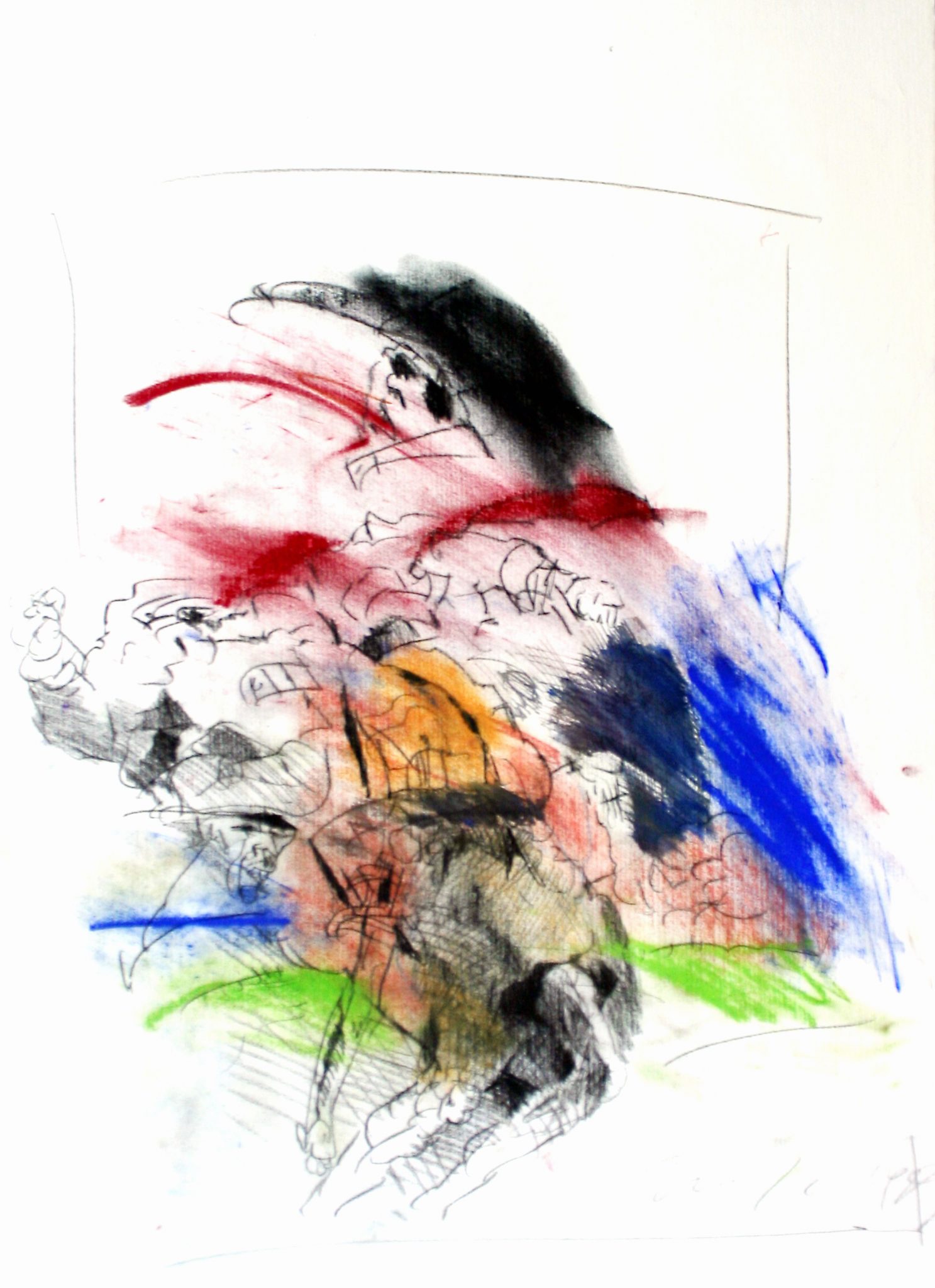 Hrdlicka already started dealing artistically with the french revolution in 1972, but it was only in between 1987 and 1989 that he realized his interpretations about this world-changing era through a large amount of drawings and prints.

The fact that in this cycle Hrdlicka worked in a very sensitive and empathic way instead of his typical strong way of painting, which is characteristic for his plastic work, is quite fascinating. This is not only shown by the used material as crayon, pen and pastell-crayon, but also by his gentle style of drawing. It’s not only the fact which is shown, but also the portrayal of all the circumstances and behaviour of the protagonists. Eroticism, brutality and demonstration of power – all these very human elements contribute to the political change.