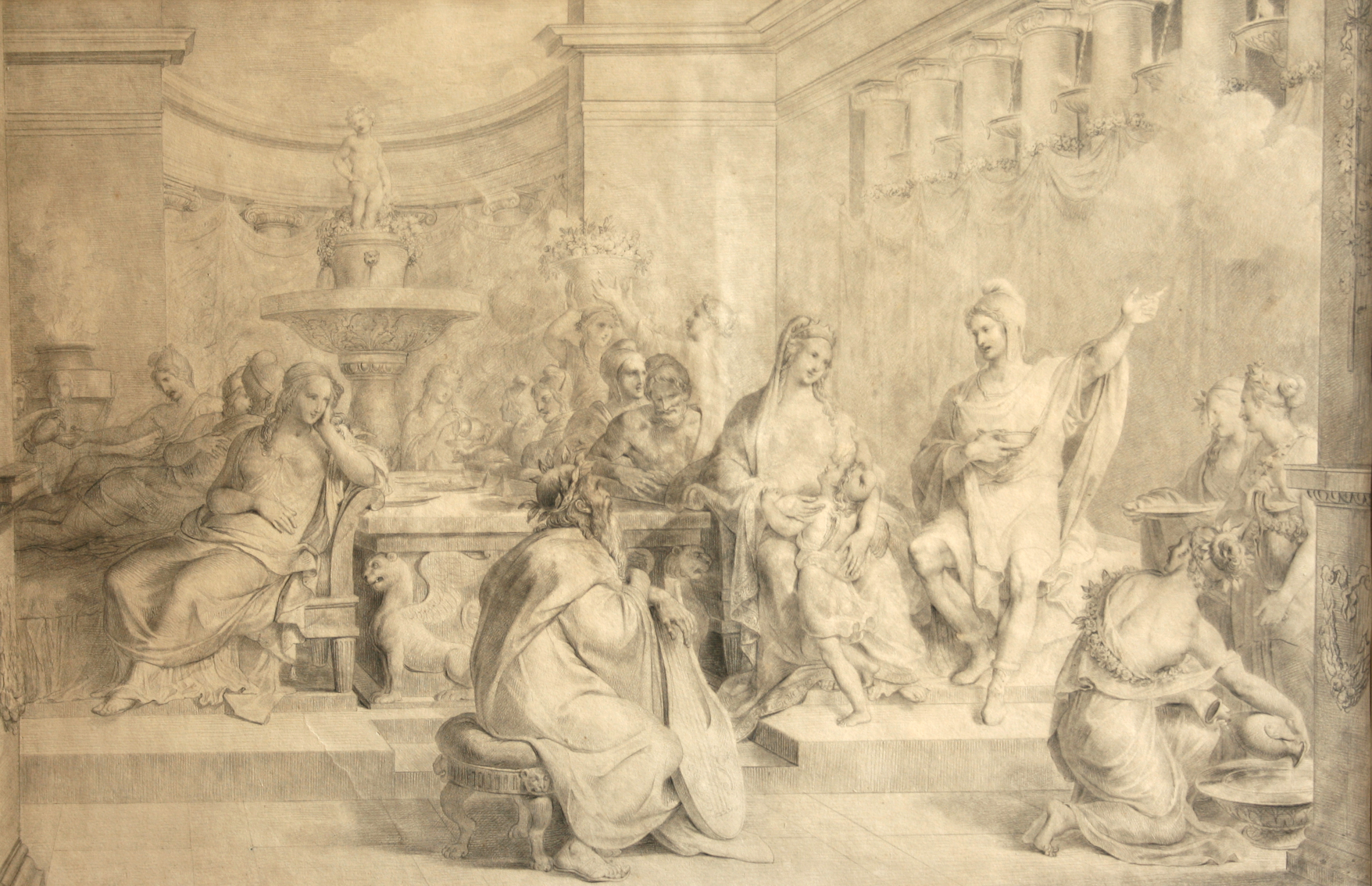 The suitors of Penelope

The scene depicts a feast in the palace of Odysseus where Penelope`s suitors are assembled. All men wear the phrygian hats. For the Greeks was this a symbol for the barbarians.
The composition follows the story as stated in Homer`s “Odyssey”, but reflects more a genre-painting from the Biedermeier age. The antique architecture, the poet with his lyra in the foreground (taken from Füger`s drawing “Homer”), the costumes correlate to the neoclassical artistic language. But the gesture and thefacial expression don`t match. This is exactly the intersection of stylistic tradition and the new ideas for subject matters.
From Füger`s students only Karl Agricola followed very strictly this way. Apart from his study at the Academy he was also trained directly in Füger`s studio, primarily in portrait miniature painting. But also in his paintings one can see his individual style of compounding the neoclassical basic facts with a sweetish genre aspect.