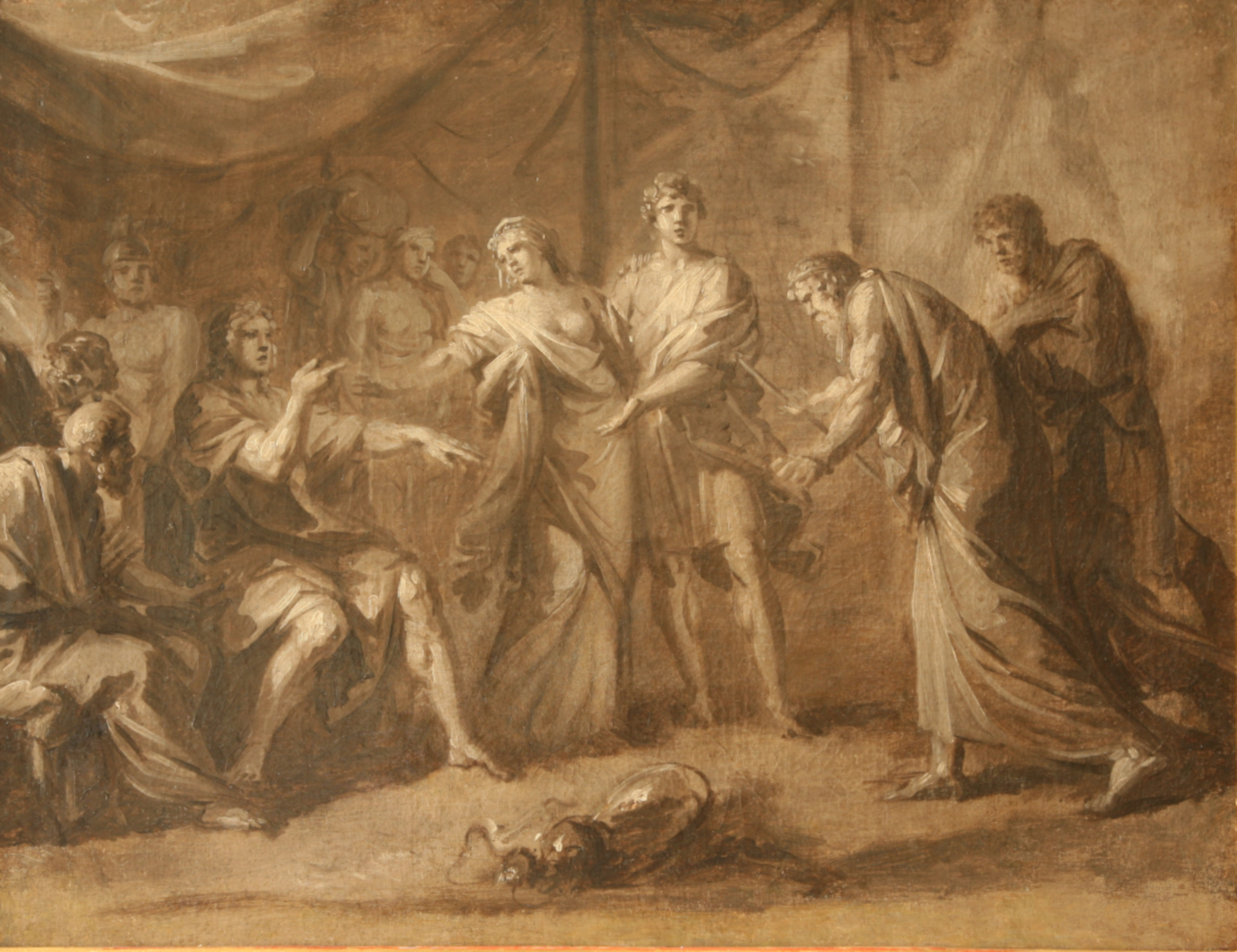 Dieses bisher unpublizierte Gemälde stellt einen wichtigen Beitrag im Werk des bedeutenden deutschsprachigen klassizistischen Künstlers dar ( Keil 2009, WV 224).
The depicted scene, taken from Homer’s Ilias, was quite popular in the late 18th century. It is about the antagonism of love and reason. Briseis was dedicated to Achilles as his slave, but as Agamemnon also desired her, he asked his apparitors to go and get her. Füger shows this very moment of antagonism, in which Achilles veers between obedience and opposition.

Füger executed the painting in a monochrome technique only using shades of grey and green. In the last year of their studies at the academy the students had to learn how gain pictorial effects withouht any additional colour. The brush was used as a graphic medium, it seems as if Füger was almost drawing with the brush. Maybe there is also a connection between this painting and Füger’s teaching assignment at the Academy of Fine Arts, which he led since 1783 as vice director and since 1795 as the director.