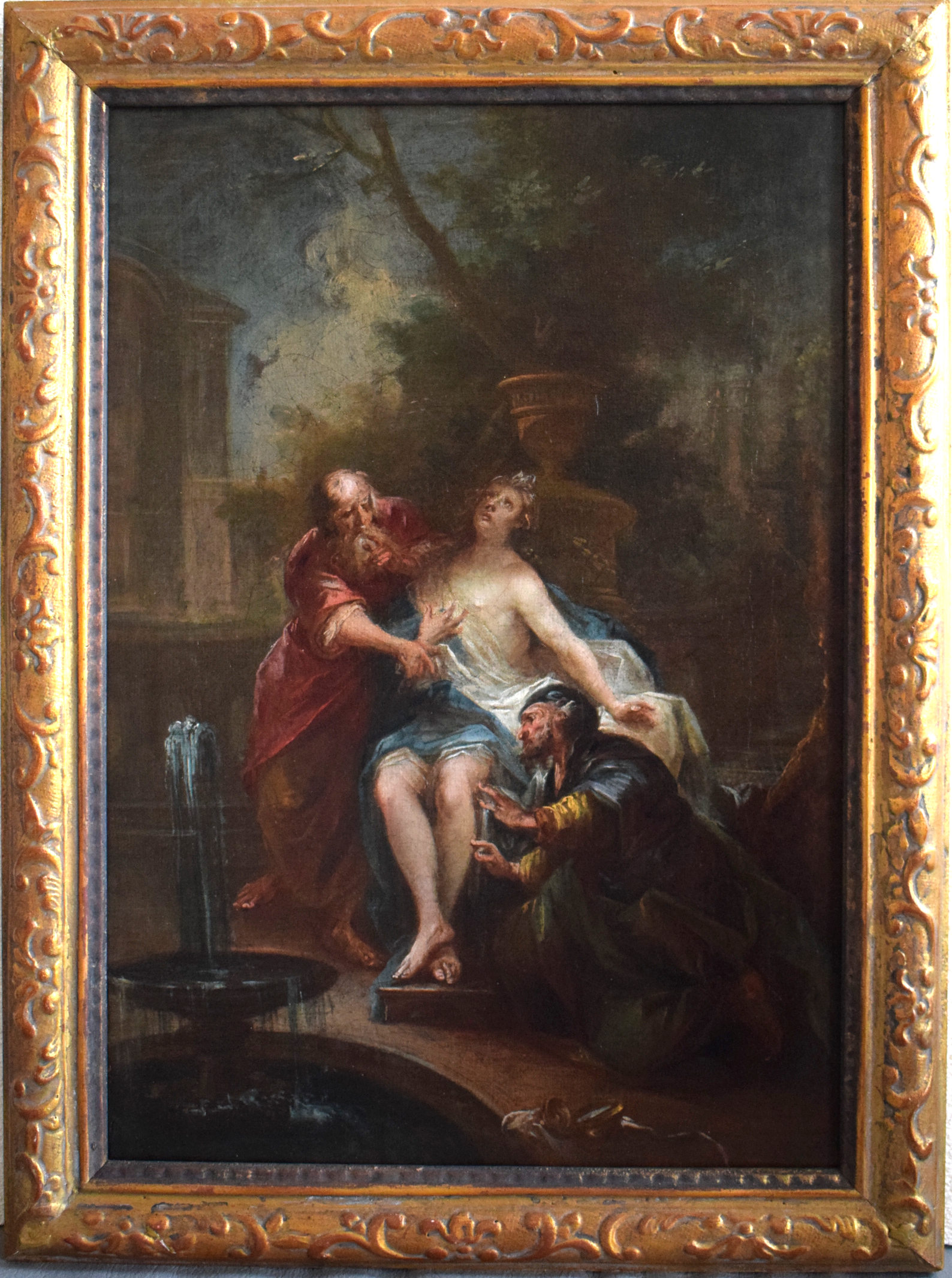 Susanna an the Elders

This composition actually poses some puzzles. The work can be classified around the middle of the 18th century, possibly shortly before. Susanna takes the exact center of the picture. To the left and right of her are the two old men. While the robes of the two men, as well as the surrounding architectural parts, the trees and the fountain are kept in dark colors, the naked body is designed in a strong contrast to it in very light, almost white tones.

High-contrast colors applied with thin and angular brushstrokes (yellow on the dark blue robe of the kneeling man, light red on the dark red robe of the standing old man, white on the blue robe of Susanna, etc.) give the oil design a strong expressive note. In fact, such color contrasts can be found on pictures by Northern Italian artists as well as on paintings by Austrian and southern German artists at the transition from the Baroque to the Rococo. Alessandro Magnasco (Genoa 1667 - 1749), a Genoese by birth, worked in Milan for most of his life and is famous for his expressive application of paint. A similar painting style can be found in Austria with Johann Martin Schmidt (Stein a.d. Donau 1718 - 1801). Although he was never in Italy, he had an extensive art collection. He admired the art of Alessandro Magnasco, of which he owned several paintings and whose works he also knew from Seitenstetten Abbey (R. Feuchtmüller, der Kremser Schmidt, Innsbruck 1989, p. 182).

But Schmidt puts the pure colors edgy and with thin brushstrokes on the canvas. These brush strokes are also perceptible as such - this gives the picture certain abstract features. The lines create an expressive, dynamic rhythm. 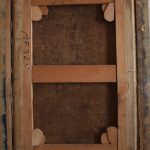