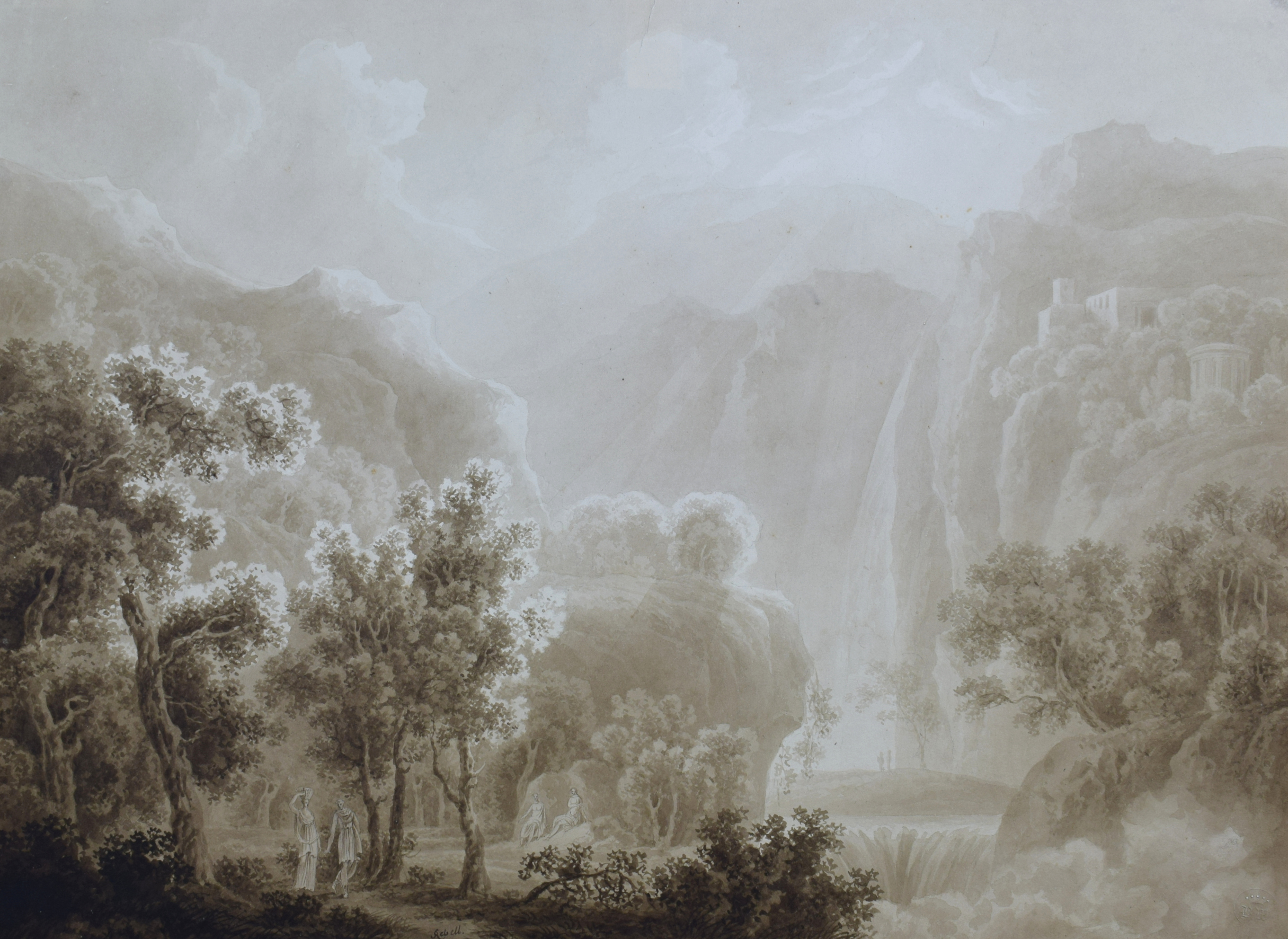 Rebell studied from 1799 through 1809 at the Academy of Fine Art in Vienna. His teachers were the painters Friedrich August Brand and especially Michael Wuttky, whose emotional moody descriptions of natural phenomena led him to landscape painting. On his travels, which took him from 1809 to 1815 via Switzerland to Italy, he was mainly impressed by enormous natural phenomena as water falls and mountains.

From 1816 he stayed in Rome and came back to Vienna in 1824 where he was appointed as director of the Imperial Painting Collection (H. F. Füger was one of his predecessors).

His portrayal of nature is characterized by the contrast between the tranquil Arcadian landscape in which the two figures move, and the huge rock formations and the falling waterfalls. Perhaps the memories of a visit to Tivoli still echo in this drawing.