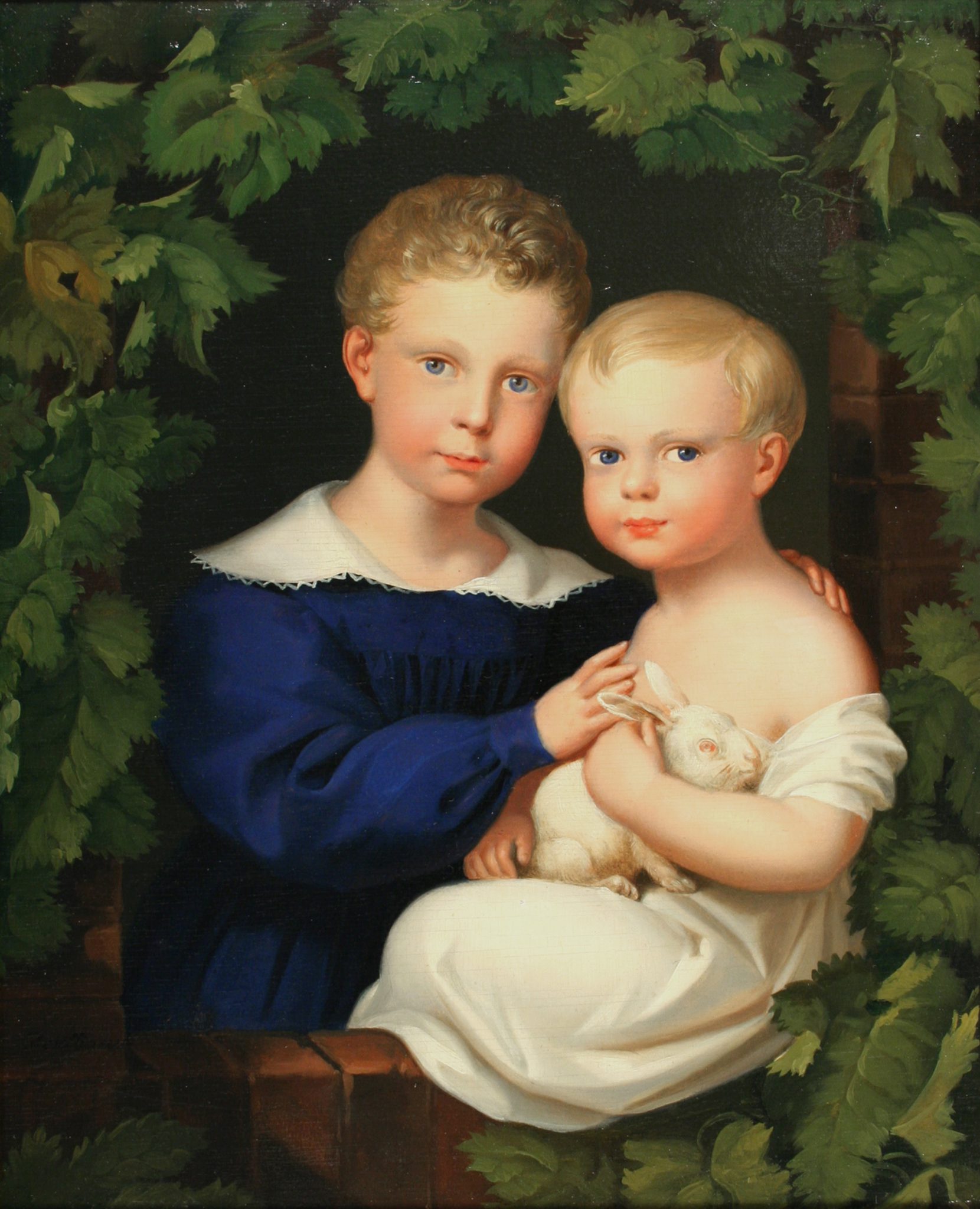 Fertbauer was a student at the Academy of Fine Arts in Vienna from 1816 to 1826 and later participated (in the 30ies and 40ies) in the exhibition at St. Anna organized by the academy. His style differs from his contemporaries by his detailed and realistic descriptions. He painted in such a way that one cannot find traces of the brush strokes - reminiscent to the medieval technique revived by the romantic painteres (i.e. the "Nazarener").

According to the sticker on the back of the boy's portrait (children of grandmother Tina Leiden in Cologne), it is about the siblings Fritz and Karl Leiden (mentioned in Thieme-Becker Volume 11, p. 498 and created in 1831).